NBN are you getting what you pay for is a relevant question to be visited by every subscriber.

Now I am a guy whose glass is usually half full because I look on the brighter side of things.
In fact, in a recent article that dealt with an increasing complaint rate, I found an actual decrease in the rate.

One thing is fact, the NBN will deliver faster internet but will it be fast enough.

A large majority of connections have opted for the 25mbps plan so one would believe that this is the Norm.

The gamers and speed freaks want the highest speed possible and want it at a great price.

There are other options when you want speed,  the NBN is just one of them, one that has a good price tag.

Because the original plan for the NBN was downgraded we have to suffer some degradation of service.
This is particularly so when the fibre stops some distance from your house or business.
It also still suffers from a distance from the exchange.
There are lots of factors that come into the problem.
Unfortunately, many factors remain hidden to the general user.

One popular idea is that some of the cheap carriers are squeezing their capacity so you don’t get to experience a full speed option.

When you search your address on the NBN Co website

It will tell you the method of delivery to your premises, Fibre to the Node is a red flag because the last bit is copper. A full explanation is available at NBN here.

So what is fast enough? 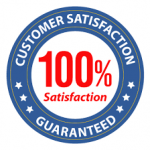 The Internet from all suppliers back in the ADSL days was topping at about 12 Mbps but did you actually know anyone that got near to that speed, I certainly did not.

In most cases for householders and small business, the NBN network will be a dual function one.
You will have Voice and data on the one network. Each Voice active channel will take up about 110kbps.
It should also be remembered that Data will compromise voice traffic before it impacts on the download.
In the ADSL days, the voice traffic was split away from the data so no compromise was noticed.

If you are a high user of Voice and Data simply have two separate NBN channels so you have the best of both worlds.

The average or general home and small business user will have no complaints with speed, cost or download with a variety of options available.
NBN and the general market reason that high- speed internet is from 25 Mbps upward so the basic is enough for most of us.

Those wanting 50 or 100 Mbps are catered for under the NBN and those wanting more can access speed and downloads at a price.

In conclusion, I believe that for a large majority of users we can get what we pay for.

We also achieve an advance in technology with more uses and often at a cheaper rate overall.
feel free to make your comment to build on the discussion.

NBN Problems and you

do you have to go NBN