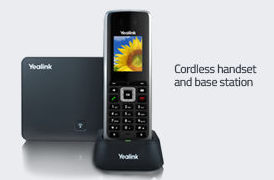 What are Hosted phone systems and what can they do for you?

The days of spending bundles of dollars on a Big phone box on the wall, lots of techie hours and limited programming ability have passed us by.

First of all, I will remind you about backing up your data every night to a file and storing it away. Most of us now do it automatically to the cloud. Saves time energy and money.

Well, a phone system is just the same In the past you would outlay thousands of dollars for a system to last the next 10 years, call out a tech when you wanted changes and pay for upgrades along the way.

Even worse than the cost of a phone system where the cost of lines and phone calls with bills rolling in monthly, You never knew what to expect.

No Expensive phone system on the wall.

No tech call out for simple changes.

All in bills for lines, Local, National and calls to mobile.

Corded handsets, conference handsets, cordless handsets all work exactly the same except that YOU maintain control

If you have heard horror stories of the past the world has moved on.

The problems were not generally in the system but with the Internet connection and sharing with data downloads. Therefore we now can take steps to avoid the conflict and maximise the voice potential.

If your phone system is more than about 8 years old it would be prudent to change it. Think about an 8-year-old computer, you would be a laughing stock if you still had one. Things start to fail, parts are hard to get, repairs cost a bundle therefore we upgrade.

In addition, I would even consider dropping a newer system.Since you would need to pay for an upgrade card to access the Net, Technician time and future faults. Do your sums.

Especially relevant is the fact that we are all going to the NBN for Voice traffic. It is not if, it is only when. You have no choice in this because the copper network will be gone.

Consequently, I advise you to consider this early because those that remain until the last moment will suffer consequences that may impact your business.

Take the number of handsets and multiply by $39.95  and you have your monthly bill except for 1300 calls and International calls charged extra.

All the features you need are included and a few upgrades as well.

Hosted phone systems the way of the future