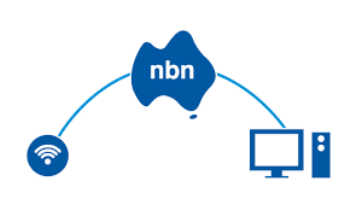 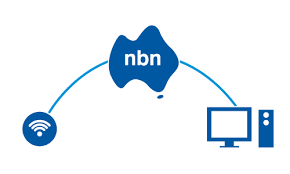 Here Peter Hanley talks about NBN and your phones versus the ADSL alternative and what is the best available service for your business.

This week we have connected two similar businesses to a new service, one on NBN and the other on ADSl2 because NBN was not available.

First of all the carrier selected was Vonex.

Interestingly the NBN connection was about 30Klm from the city centre the other about 2 km where NBN won’t be available for at least 18 months.

In both cases, I chose a hosted phone service to work with three handsets each plus data.

The NBN was on a 50Mbps plan and we achieved about 47mbps so we had a bundle of capacity to work with.
The NBN was delivered in less than a week and the handsets a bit longer.
The Modem came up instantly and connected to the data points being laptop computers at various stations.
The phones were similar and started working from the moment of installation. With Vonex these are all pre-programmed so you need to do nothing with them.
We chose to not use the onboard messaging and diverted all the calls to Verdi messaging as this had worked really well for some years.

What were the shortfalls with the NBN service?

We had to change the time on the handsets due to Daylight saving but a quick call to service fixed that so all in all an exemplary display of installing a hosted system.
Cost was $34.95 a handset including calls and NBN at $80 a month. A total of $184.85 a month. $61 per user data and calls
This was a bit dearer than the budget program because we wanted a guaranteed consistent speed during the working day. This option is not available with all carriers.

So what about the ADSL 2 service where NBN was not available.

This was interesting, the line took longer to connect at about 8 days and then we had to wait for the ADSL service to be installed and Handsets to be delivered. Consequently an overall result of about 10 working days to an existing service.

ADSL services seem to be getting better.

We tested the ADSL when it was loaded and achieved a download speed of over 13 Mbps. This is about equivalent to a bottom level NBN service and quite functional for a business service.

We installed two fixed handsets and a cordless to cover the office. As a Voice call takes slightly less than a Mbps the effect on Data is not drastic.

I had no problems with the Modem or the phone connection. The longest time taken was unpacking the handsets and getting rid of the packing.

In both cases I had a Tech visit the site and complete the cabling requirements prior to the installation.

A financial gain over a new phone system

If we employed a phone system at $2500 installed with three handsets and a Biz complete service including calls at $2158 ($89.95 a month) the total cost is $4658. This does not include any service call outs or problem-solving. The phone system at the end would have a value of about $400 if you were lucky.

So, in conclusion, we achieved a similar result with NBN and ADSL service in a small office environment. We achieved a cost saving over the 24 months that would continue for a lifetime.

You need to allow for up to a couple of weeks for completion and
to be up and calling and downloading Data.
NBN is vastly superior in speeds but ADSL is sufficient in most cases.

Especially relevant With the ADSL connection is that we have made a provision for expansion.
When extra staff are employed ( up to about 10) we have an option to take a second service and use one for phones and one for Data bringing the cost down to around $53 a month per user.

Finally, as a Dealer for Vonex I can not help being impressed with the service delivery, Communication is consistent and support hold time is seconds not hours.
This makes my life easier as the first point of call and you are not left in the dark.
Call me any time for an estimate and ideas for your business.