What are the Hosted phone system and handsets available on the Australian market and are they any good for small business? 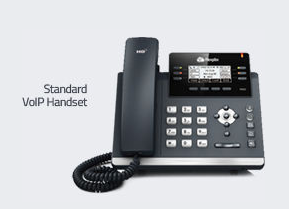 A relatively new product in the Australian market is using Cloud-based phone systems.

This is instead of investing in expensive infrastructure.

Are many companies using this?

It really has taken hold for many reasons, not the least being price and the services offered.

One Australian Company associated with the writer is Vonex Limited which recently announced they had put in place 27,000 services to date.
By any means, that is a big Phone system and in the month of January 2019, a further 1000 units were added.

I can discuss this professionally having been part of the effort behind the growth.
Not a huge part I admit but a working part that gave me great in-site into the workings.

No problems with the cutover 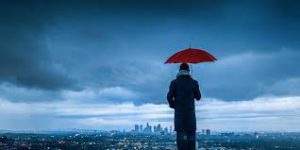 When changing phone systems there is always a worry that you will have a lot of downtime and your business will be affected.
That worry seems to be unfounded.

What carriage  systems are used for hosting

I have used the New NBN system with an unlimited 50 Mbps download speed plus ISDN 2 that achieved a credible 15 Mbps speed. Both systems are using Voice and Data on one line.

The handsets were all pre-configured before being dispatched so it was a very simple plug-and-play operation.
Calls were being made in minutes and transferred around the office.
In one location I had a problem with the time and date on the handsets so I needed to call Support for assistance.

The wait time on the call was only a couple of minutes. if that, and A simple factory reset solved the problem.

The talk experience is consistent and does not contain that hollow effect experienced in time past.

There is an argument that your own phone system will be cheaper over the long run and outwardly this may be true.

My problem is with ongoing maintenance and removal costs on termination or relocation.
Pick up your handsets and walk out or pay Technician fees to de and re-install a system.

Both have good tax implications with hosted being a straight line and a new system currently written off in year 1.

My brief back of the coaster says that in-house maybe $1000 cheaper over 5 years.

This is without some of the features of a hosted system.
Branch office, home worker, Phone twinning with mobiles, and conference calls to name a few.

How do you make a choice

First of all the number of handsets is a guide.
Under 5 you will be better of hosted.
over 10 perhaps a phone system will win.

Having In-house technical ability can be required for fixed systems.
Hosted is plug and play

The number of outbound calls also comes into effect.
when you are paying for Unlimited call packages low use may be detrimental. Pre Planning can fix this

A short-term experience provides Hosted with a greater cost benefit.
Say 24 months or less.
Upgrades are really easy with hosted whereas fixed has a higher cost.
The cost varies with usage which is sometimes hard to project>

As stated Moves and changes are easier with hosted

Hosted systems are now as good as you can get. Old problems have been eliminated and they get my tick of approval as the first choice for small business.

Making money with a hustle