Best business phone systems is an interesting topic because of the rapid industry changes.

For a long time, the industry was dominated by Panasonic, NEC, LG and maybe a couple of others.
The system was designed to work on analogue lines and the calls carried via a dominant carrier. Telstra

This was a good thing because the information was readily available as were parts and accessories. Plus second-hand phones that were pretty current could be bought cheaply. The downside was line and call costs.

We then took a leap forward to ISDN lines or digital access for quality and to perhaps sell some new phone systems.
Telstra first launched this way back in 1988 with a 10 line channel or Macro link.They followed up with Microlinks or two line channels. As the market boomed the sale of Macro links offered some cost savings for the larger business.
As at this date ISDN is no longer sold in Australia and support will stop in about one year.

Then the early internet channels were used to carry traffic so we needed IP phones and new suppliers came to town.
Skype phones were cheap and awful and Cisco expensive, Mitel, Avaya, ShoreTel were names that entered the market
but mostly stayed at the top end of town.

Now, Panasonic, LG Aria and  NEC are back with phone systems that attach to the Cloud servers using the internet.

Let’s do a technical dance here and look at a couple of options.

They both connect you to the cloud and hence to an endpoint or user.
Most of the new phone systems are VoIP based systems with internal cards and most of the older system connect using a SIP adaptor
That’s a pretty simple answer but covers most of what you need to know so you can talk Techie

In many countries, which includes Australia, the copper wire telephone network is being retired and replaced by broadband high-speed networks. This allows many more opportunities and cost savings.

All your calls are now routed in the cloud by an IP provider  as against the old Telstra or AT&T exchange based methods
Are you with me so far?

So, do you need a new phone system to go IP?

First of all, any of the old analogue systems say post 10 years ago is probably not worth retaining. Think about a ten-year-old computer running your business now. Slow, cumbersome and prone to faulting.

Some phone systems in the past 5 or so years can have a VoIP card installed to upgrade them to IP.

Cards are not cheap but it sometimes beats replacing a whole system.

If you can’t install a card you can get line adaptors that convert to SIP lines and achieve the same thing. Clunky but it works. Keep all your handsets and the facilities of your phone system. 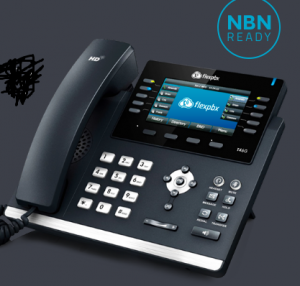 Instead of buying a new phone system you buy access to a part of someone else’s system.
Companies set up huge systems and annex off parts for your exclusive use. They supply you with handsets and access to all the modern facilities available. I believe this will be most of the small to medium business market within a few years.

It is not really different to your home phone on NBN. You get an NBN connection and phone call package all on one service. Your cordless or home phone just connect to a server in the cloud.
Business is the same except with multiple channels and handsets.

You save on capital costs by not buying expensive hardware and upgrading and support are far easier.
Call cost packages also offer real value for money.

A word of warning on hosted phone systems.

In days past Telstra was the only carrier connection of phone calls. This job now falls to a large variety of IP carriers.

Your hosting provider may be an Ip provider or they may just link there call traffic through one which is not much different:

The hosting providers have sub-providers that sell you the package as well.
The difficulty comes with service because of the chain of command.
You have a problem you call your carrier, he calls the hosting provider that calls the IP provider and back down the line. Make sure when selecting any solution provider they have a good support record. How, just google it and read the reports, but read the bad ones a bit like fake news

One of the side benefits of IP telephony is that both Video and call conferencing is easily included on the one system.

It has always been difficult with video because of limited bandwidth on your network but that is a thing of the past.
The same for audio conferencing with many on a single line at a time.

A further benefit is the ability to link outside parties under one system so your Sydney office can be just like a connection to the Perth office ( or for that matter the New York office). Plus, home-based employees can also log in and use the system just like they were in the office.
This also includes in some cases linking the mobile phone with the office system by Twinning the service. Use the device for the time and place.

The best business phone system is entirely individual to size, needs and demands.
Upgrade or renew or go hosting? My advice is to at least investigate a hosted system before making any buying decision.

Change is here. Make the most of it with increased user benefits and pricing advantages.

Peter Hanley advises on phone system selection and use