I was asked recently by my friend should they sign up to the NBN?

My Reply was to remind them of the fable Alice in Wonderland. Alice is enticed into the Rabbit hole and enters a whole new world. She does not do this quickly and has to be enticed if my memory serves me well

NBN is a bit like that, It carries so many unknowns and is a bit scary

The idea with our Broadband network is to have everyone use it. They are taking phone calls away from the copper network and replacing them on the NBN network so you share Data and Voice on the one network.

This means that if you don’t go to NBN you cannot have phone numbers for your home or business.the time for this is generally 18 months after it is available in your area.

In the olden days last year an ADSL link would cost about $35. A telephone line about $28 and your phone calls at about $60 home use total about $123.

Internet speed was usually between 1.6 and 8 Mbps..
Now in these modern times, the above package costs less than $80 a month with speeds between 12 and 100 Mbps.
( iinet 25 Mbps plan unlimited downloads and phone calls. Others are cheaper)

If speed is important to you fix it

Many carriers now offer speed packages that better manage your speeds during busy periods. Now a normal home user it does not matter. A business or trader may want to pay a little extra to have a constant fast stream.

It is available from most carriers

Technology is advancing to meet the telcos planned average per user at about 40 Mbps. This is currently under 20Mbps so we have a way to go.

NBN have reduced pricing to the resellers and both FFN and FTTC technologies have improved rapidly. The figure they want to achieve is in line with the developed countries actual.

You can not compare, say Singapore with Australia or other small nation countries because of distance and capacity.

Although saying that I believe within 5 years we will be able to buy speeds at an amazing 1000 Mbps. An early trial has achieved these levels.

The rabbit hole is not all that bad. But like any unknown venture, it puts fear into the heads of the wary.

2 Mbps speed on the Internet. Give me a break I can’t think that slowly let alone work at it. I went to a customer recently that achieved the lower speed, I had to log in and do some changes to a procedure, After waiting for the computer to catch up I threw my hands in the air and said I will leave it until I get home. Impossible.

The trick is to pick a carrier that you can trust and will deliver. 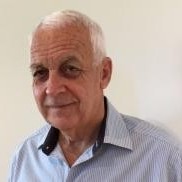 What’s good on the NBN4